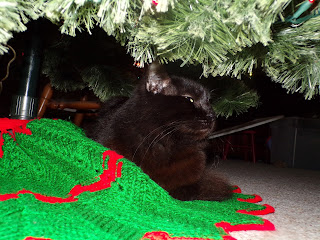 For those who did NaNoWriMo, I hope your month went well. I tried it twice, and made it through once, but that was before I started my cookie business. Now, the baking starts in October and won't end until a few days before Christmas, so very little gets done on the writing side of things. Maybe I'll use January as my challenge month. Just burrow in with a blanket and a cup of hot something, and try to ignore the cold outside! Peppercorn found his new spot before we were even done! This week's snippet is again from Fangs for the Memories . It's Thanksgiving and Alex is spending the evening with Rollie. Rollie is feeling guilty that he spent the day with friends and Alex is feeling, well, a myriad of emotions: “Rollie, I’m sorry I can’t be with you during the day.” “Because of your…condition?” And I was reminded again that he had no clue to what I was. This was it, the moment I needed to spell it out for him. Because if either of us was lying, it was me, even if it w
3 comments
Read more 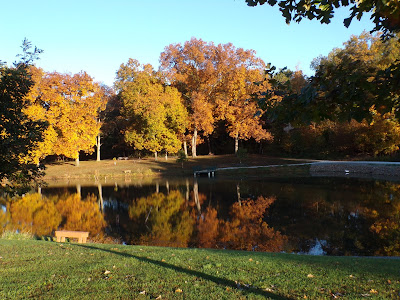 I've been mainly editing for the last few weeks, but I've managed a few words on Fangs for the Memories , my vampire project. (Because, even when editing, writers gotta write! Am I right?) I've decided taking a short story and making it into a full novel is harder than it looks. I had this idea that I was going to write a few more shorts to add to it-- quick and easy. That's not how it's playing out, at all. Silly me. I just hope, when it's done, it's coherent.  Afternoon walk at the nature center. Alex, the central vampire of the novel, has become involved with a young man, not quite out of his teens yet. For anyone who didn't read my "Alex becomes a vampire" thread from my summer entries, Artie is his sire. “ Play, but don’t get attached .”          That’s what Artie had said when he caught on to how much time I was spending with Rollie, and the comment was replaying itself in my thoughts as I drove through town towards the University. It was
1 comment
Read more

Rainbow Snippets*--Time Waits for No One 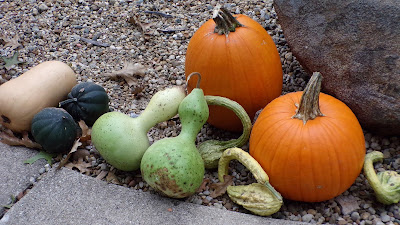 Where has the year gone? I'm not ready for the holidays at all. I wish I could say I look forward to cooler weather, but it just feels gloomy to me. And I feel closed in. We were lucky to have a mild enough summer that we didn't have to run the air conditioner much. I really prefer when the windows are open. But it's here, so I guess I need to change my attitude and try to enjoy it! My Headphones trilogy covers one year in the life of a group of friends. Book 3, Fall Out , is September through the new year. Today's snippet is the beginning of November, roughly in the middle of the book. Headphones is reflecting on how quickly the year has gone by as she walks. The brittle leaves still hanging on the oak trees rattled around Headphones as the occasional gusts of wind blew her hair across her face. The trees were patchworks of fall colors–evergreens still wearing their green while some of the hardwoods were red and yellow, with many already naked and settled into their wi
2 comments
Read more 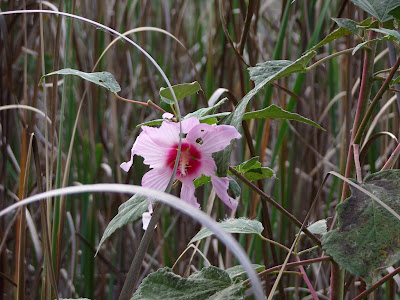 The boss is back from vacation so I'd hoped to get more writing done this week than I did. I don't know if it's the story or if it's me. But like always, I'll keep plodding along and eventually it'll all come together! An echo of how I'm feeling lately--tattered and tired.  More from my Fangs for the Memories WIP. It's 2004 and Alex is taking an Intro to Word class, and he's confused. Thankfully, the guy sitting next to him offers to help.  Told from (vampire) Alex's POV:  “I just don’t get it,” I finally muttered, surrendering.      “Need help?” whispered the young man sitting two desks over. I’d noticed him before, but hadn’t spoken to him. He ducked his head shyly when I snapped my head up to stare at him.      “Help? Maybe just hit me with a club.” This was our third week of class and I was barely keeping up.      He grinned at my exasperation. It was a cute grin. There were dimples involved and his warm brown eyes twinkled behind a pair of
3 comments
Read more 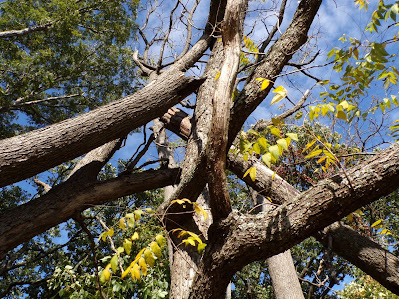 I've started the next section of Fangs for the Memories . The story picks up again in 2004, 35 years after Alex was saved by Artie. This book is an expansion of my short story for Working Stiffs. It told of the "reunion" of Alex/Aja and Rollie and takes place in an alternative 2020. (That's what happens when you write a story in 2019 for a 2020 publication!) So I'm trying to write their meet cute and the beginning of their relationship. And right now I wish I was a plotter instead of a pantser. I've got several ideas about the story's direction, but I can't decide which way to go. It would be so nice to have a writing friend, or two, to sit down and brainstorm with! I have this image of a coffee shop and steaming mugs.  Maybe someday. Nature-based example of how my story ideas are in my head! So, as I said, it's 35 years later and Alex is trying to learn new skills. He may look 23 but he's approaching 60, and he's really feeling it. Told fr
1 comment
Read more 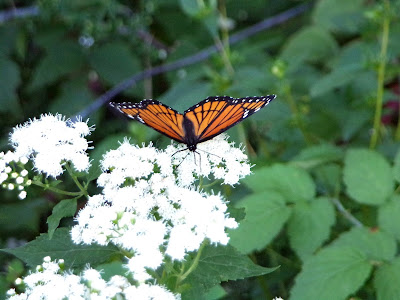 This week's snippet is a little long, but I'm taking a break for the next few weeks while my boss is on vacation, which means I'll be spending more hours at the store and less on writing.  From my last "official" walk of the summer.  I'm still snipping from Fangs for the Memories , but I've jumped ahead to the last paragraphs of the chapter.  (read  part one ,  part two ,  part three ,  part four ,  part five ,  part six , part seven )  Alex is safely tucked into the back of Artie's panel truck. It's nearly sunrise and Artie and Sally are planning the day. And Artie has a (maybe unwelcome) revelation. Told from Artie's POV: “Is he dangerous?” Sally reached out as if she wanted to touch [Alex], but then pulled her hand back.           I cupped her cheek. “I’m not dangerous, and neither is he. But he will be disoriented. So, if he wakes and I don’t, talk to him. Keep him calm. He’ll go right back to sleep.”           Alex would need to feed when
3 comments
Read more

Rainbow Snippets*-- Time Stops for No One 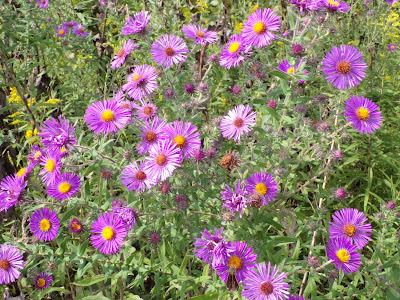 It's been a rough week. I lost a friend (to cancer) and I have a family member who isn't doing well. Waiting for a phone call feels like being in suspended animation at times. And yet, there is work to do and bills to pay. Time doesn't stop, even if it feels like it should.  I've finished Artie's section of Fangs for the Memories and started the next section (which will be Alex's). But I still have edits to complete on the Campfire Stories series as I get it ready to publish, so I need to set Fangs aside for a couple of weeks. Fingers crossed, I'll actually be able to do that! I'm going to continue with the chapter I've been snipping over the last weeks. In his attempt to save Alex after he was hit by a car, Artie, a 300 year-old+ vampire, is doing what he can to make the change before it's too late. He's drained some blood from Alex but now he needs the young man to swallow some of his blood. He'd suggested that Sally wait in the truck,
2 comments
Read more
More posts

Sadie J
Flower-child, Earth-mother. Product of the ’70s and ‘80s. I've survived this long, I plan on surviving a bit longer and enjoying every minute of it! Follow me on Twitter; https://twitter.com/ransan82